Ian Wilson studied recorder and clarinet at the Guildhall School of Music & Drama where he won the woodwind prize twice (once on each instrument) and gained the Principal’s Prize upon graduation. Other prizes include the Skene Award, a LASMO Staffa Music Award and the Van Wassenaer Competition’s MusicaAntica Prize for best individual musician.

As well as the recorder quartet The Flautadors with whom he has recorded three highly acclaimed discs of British repertoire spanning over 500 years, Ian is a member of the Burney Players and regularly performs concertos with the Adderbury Ensemble.

He has performed as a soloist with many of Europe’s period instrument orchestras including the Helsinki Baroque Orchestra, The Irish Baroque Orchestra and the English Concert and has performed, recorded and broadcast with the Early Opera Company, BBC Philharmonic Orchestra, Bournemouth Symphony Orchestra, Retrospect Ensemble and contemporary music specialists Kokoro.

As a chamber musician Ian has performed in many European festivals including the Auvergne and Innsbruck Early Music Festivals, the Edinburgh Festival and the BBC Proms. In 2008 his career was the subject of a documentary for the Icelandic National Broadcasting Service.

Outside classical music, Ian can be heard on the latest albums by the band Paris Motel and his performance with Vashti Bunyan was selected as one of the best live performances on the BBC’s Jools Holland show, featuring on the show’s anniversary DVD. In 2010, Ian had the pleasure of teaching Janet Street-Porter for the Sky Arts programme First Love.

In addition to his performing work Ian has worked as an adjudicator and examiner in the UK, France, Ireland and Hong Kong. He is the Head of Woodwind at Eton College, the principal recorder professor at the Guildhall School of Music & Drama and is a visiting recorder specialist at the North East of Scotland Music School in his hometown of Aberdeen. 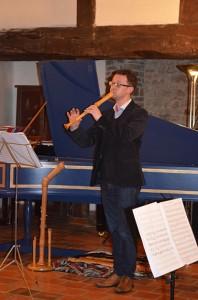 Ian’s recorder course is now in its seventh year at the Mill. The mornings are spent as a large single group, playing a range of music from the Renaissance period to present day. Students are encouraged to try instruments that they might not necessarily have tried before, such as the bass, great bass and contra bass. In the afternoons, the students divide into smaller ensembles and work on duets and trios. Individual coaching is also available. The last day is dedicated to preparing for the end of course concert in a local church. Other instrumentalists such as ‘cellists, viol, lute and harpischord players are welcome to apply for this course. Different rates apply (please contact Jane). 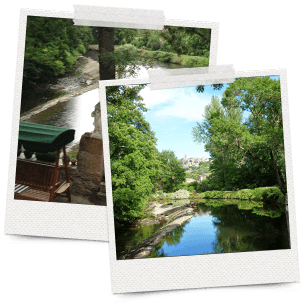 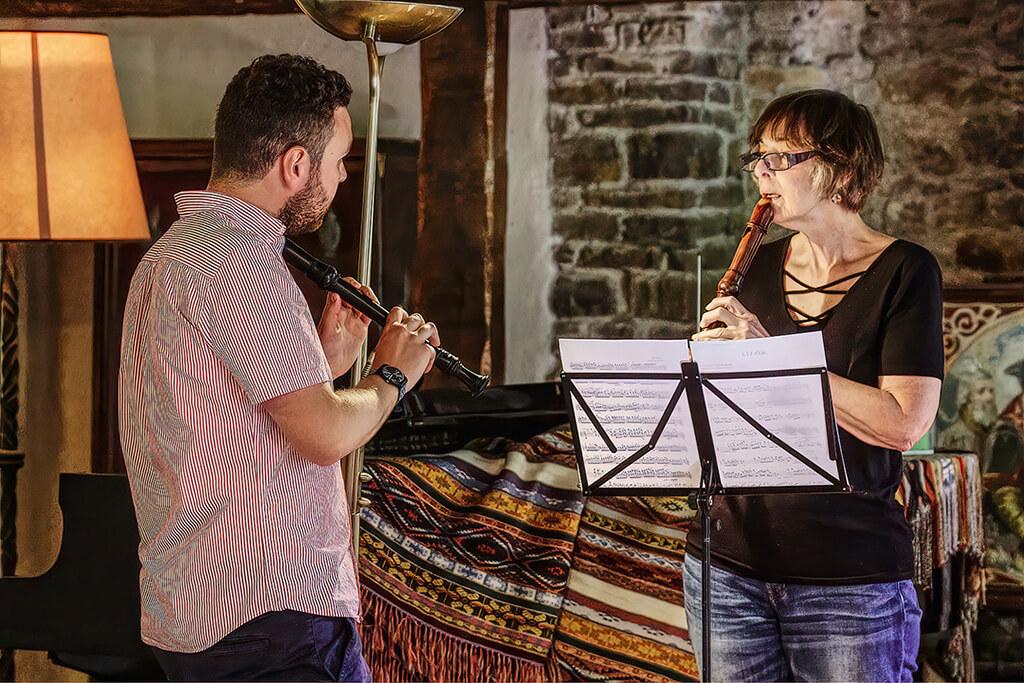